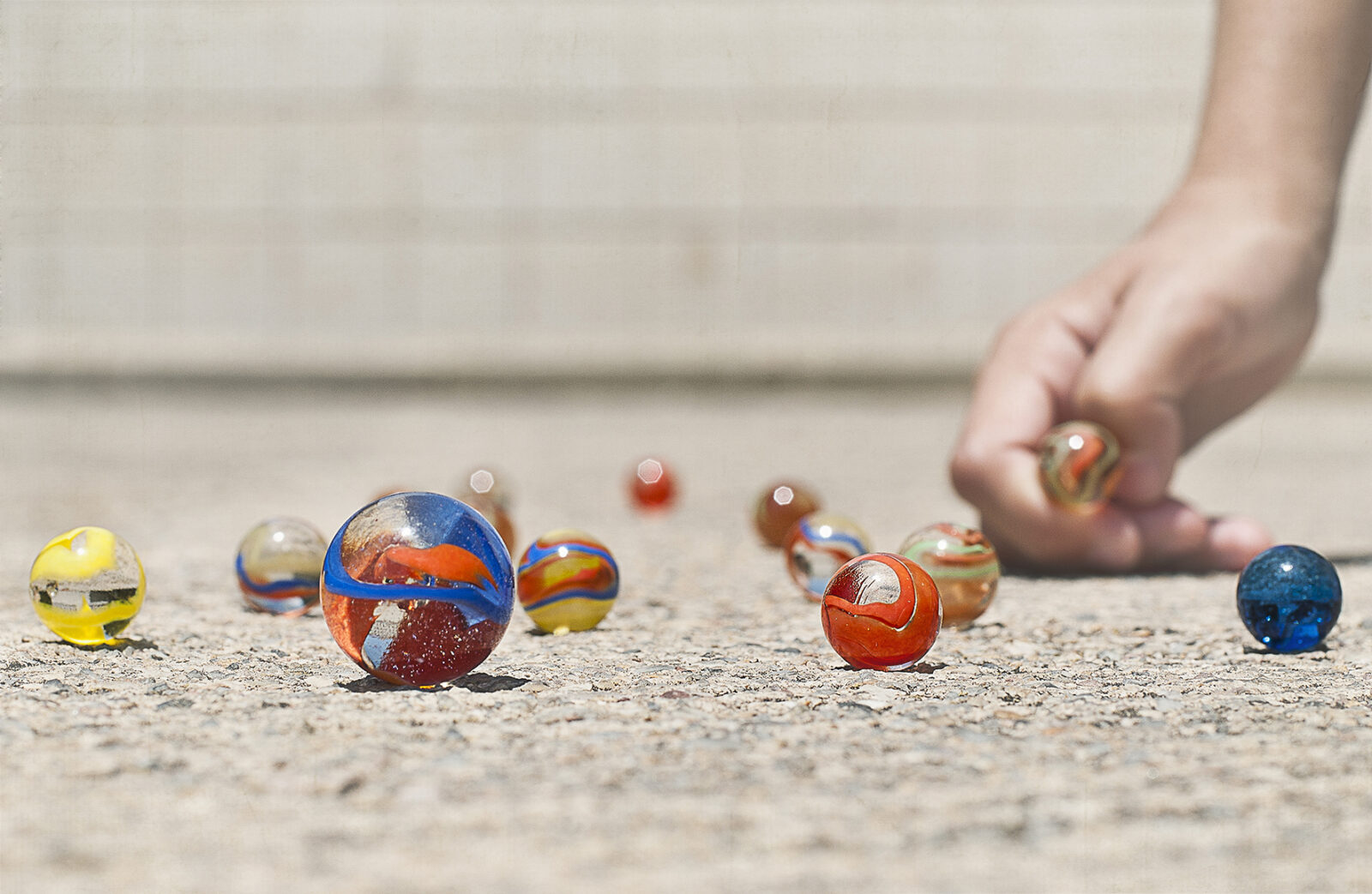 The game of marbles. A real marble hype has taken shape in Europe and especially in the large cities in Western Europe. It is unreal. A true Marble Mania, which creates insane prices for these shiny marbles. Sadly, there is only a limited supply of marbles, so the prices are rising like the rocket ship Jef Bezos was on. Sadly, it doesn’t look like they are coming down as quick as Jef Bezos did.

Sadly, since there are more and more people on the planet, there are less and less marbles for all of us. And we’re on limited supply. We all want marbles. Even worse; we NEED marbles. The more we have, the better. Cause the more you have, the more value you own. And the more you can sell. For more money. So we are all prepared to suffer for it. ‘My kingdom for a marble’. Maybe eat a bit less for those marbles. Let’s skip a vacation. Who needs two kidneys anyway. One mortgage more or less, does it really matter? But this craving we have is suddenly creating the issue of not being able to get marbles anymore. Unless you started playing a long time ago. How are you supposed to start this marble collection now, to join in the fun, this late in the game?

If only they were marbles, though. In actuality, for those readers sharp of mind, the marbe mania is a metaphor for the housing market. And of course, this metaphor doesn’t hold up. Marbles you can throw out, not giving them a second look. That just doesn’t work with houses. A house is something you live in. A place where you sleep. A place where you come to after a long day of meetings. A place where your kids grow up. A place where the Dutch national football team comes on tv and fails to win anything yet again. Where you feel at home. Where you laugh and cry. Where you celebrate your birthday. Where you, with a little bit of luck, take your final breath at a very advanced age. It’s a right to have a home. To have a house. It is not a game of marbles, it’s a necessity.

Necessities shouldn’t be treated like marbles. It shouldn’t be a collectable which is nice to look at. And something that you can use to gain a profit. What if someone decided to do that with drinking water. Or with medicine. Or oxygen. Or clothing. Or education. Why is it allowed to profit uncontrollably off of someone’s home? In a few years, housing prices in the largest cities (and even the smaller towns) have skyrocketed. Just wonder for yourself whether your paycheck skyrocketed as well in that period….. Didn’t think so.

It’s a tulip mania. A marble mania. With the distinction that without tulips or marbles, you’re not homeless. It’s an age old concept applied again: when you’re first in line, you get the goods. When you’re the last one in line, like in crypto, it’s like taking a shower in prison. That person can’t play.